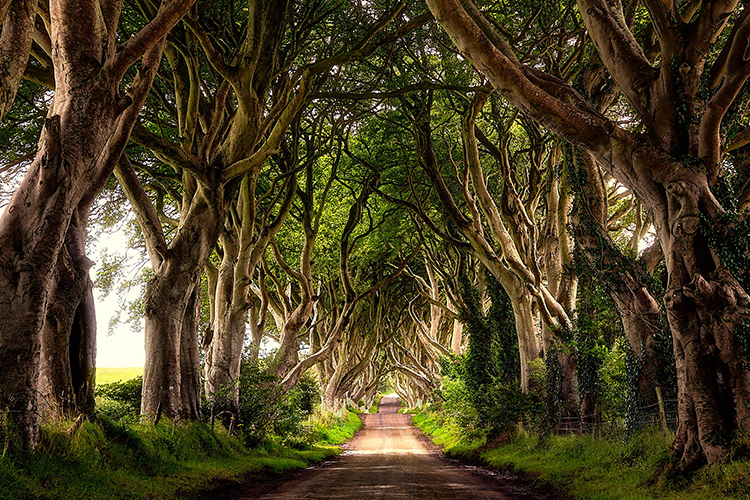 It’s no secret that American’s have been visiting Ireland for a very long time, and for so many reasons. The Irish American community has filled cities and towns all over America since before, during and well after the potato famine. During this time; a sad time in Irish history, over one million Irish people emigrated over a five year period.

This community grew and grew into politicians, artists and much more. Since then, Americans have been revisiting the country to explore their heritage and see the land that shaped some of their most famous sons and daughters. Today, Americans are still flocking to the island of Ireland and if you’re thinking of heading over to discover your Irish heritage, there’s one place you’ll need to be sure to add to your list – The Ulster American Folk Park in Tyrone, Northern Ireland.

Situated outside Omagh town in Co. Tyrone, the recreations of old Ireland and a new America are realistic and intriguing for kids and adults alike. You’ll be greeted by expert staff in full costume that are ready and willing to answer all questions and you’ll also be given the opportunity to make foods like Irish soda bread and potato bread with the help of the staff. There’s also a chance to view the volunteer staff demonstrating techniques such as spinning, printing and embroidery.

You’ll travel through the old world experiencing the day to day life of the old world and eventually you’ll get to the new American land and experience an America of the past in great detail.

If you’re interested in chasing your history back from Irish migration, the Ulster American Folk Park also homes a research and education facility called the Centre for Migration Studies (CMS). The CMS has an attached library in conjunction with several Irish universities and the research library contains some 10,000 volumes, over 50 periodicals, maps, audio-visual material, and a collection of primary source documents (the Irish Emigration Database) which is searchable on computer.

If you are planning a trip to Northern Ireland this year to trace your Irish roots, check out the great hotel and flight deals on offer with Expedia, and plan the trip of a lifetime.  Visit Northern Ireland and discover your history, along with the beautiful landscape, a vibrant culture and much, much more.