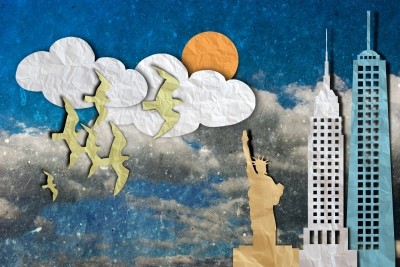 It seems that every week, somewhere in the world, innocent people are getting killed or injured due to a terrorist attack. We have almost become immune to the constant bombing attacks that occur in Iraq, even though the American presence was supposed to stabilise the situation. Even in Africa, currently in Sudan, violence is brewing and innocent people are being put at risk. Syria is constantly in the headlines. But in our modern history, perhaps no single terrorist attack caused more psychological and emotional damage, as well as the loss of lives, as the 9/11 attacks in New York City. Today, 12 years later, after years of cleaning up the debris and making new plans, there is finally a memorial in place to commemorate this tragic event.

A Number with a Significance All of Its Own

In almost every part of the world, just the numbers “9/11” instantly identify the tragic events of September 11, 2001. It is one of those monikers which have been embedded indelibly in the public conscience. It describes the coordinated attacks on the Twin Towers of New York City, as well as the Pentagon in Washington DC and one other target, which is still a subject of speculation, as the plane never reached its objective. But the carnage that the attacks cause in New York is almost indescribable, and over 3,000 people lost their lives that day. It is fair to say that the United States was caught off guard that day and that its airport security measures were lax at best. Today, we have those long security checkpoint lines at almost every airport in the world to thank for those attacks.

It is said that New York is one tough town, and that is quite true. Although the shock of the events of 9/11 lasted for a long time, the city resolutely bounced back. Today, not only are new high-rise office buildings being planned in the general location of where the Twin Towers once stood, but a Memorial Park has actually been built, covering the exact footprints of the two destroyed office buildings. A testament to subtlety, not unlike the Vietnam Memorial in Washington DC, the 9/11 Memorial features simply two inverted fountains, each one located on the footprint of each building. The water rushes from ground level down below, where the foundations of the buildings once stood, creating an effect not unlike that at Niagara Falls. The names of the victims of that day’s attacks, not only in New York, but also in Washington and in Pennsylvania, where the fourth plane crashed, circle each waterfall, a subtle but potent testament to the victims.

A City Unlike Any Other

Few would argue that New York is one of the world’s leading cities, even though it is not actually the capital of the United States, governmentally speaking. But in many ways, it is the capital for the arts and culture scene and certainly is the financial powerhouse behind the massive US economy. There really is so much to see and do, so many museums, so many art galleries, so many incredible shops, that many people wander around the city in a subtle state of shock. But you don’t have to be one of them.New York Tours provide you with an excellent way to see everything that this great city has to offer, choosing exactly the theme you want in the places you want to visit, without having to worry about getting lost or dealing with the famous New York traffic.